I’ve been anticipating tablet computers for quite a few years now, ever since late high school (1998 onwards) I geekily looked forward to the day when we would be able to read books, email on the move and play games on a small portable tablet device, which ultimately lightened our load whilst improving our connectivity. Now they are here, and they are starting to get into full swing. The release of the ipad 1 in April 2010 finally opened the doors for a new age of portable communication. I skipped getting the ipad 1 because I knew watching Apple’s style of marketing and products that the first generation releases have never really been all that great. I see it as Apple using its customers as the ‘beta’ testers or guinea pigs and it’s always a few generations in that pays the most dividends.

I’m not going to go through the specifications between the two ipads, you can see the ipad 2 specs or compare them but what I will say is that I am slightly disappointed that the ipad 2 has not come out with the specifications I was hoping it would, but then again that wouldn’t leave much room for Apple to release any further generations. So even though I have been hanging out for the ipad 2, I think I will sit tight and wait a little longer to see how the ipad 3 turns out. The rumours of an ipad 3 in September 2011 are far-fetched, but then again the truth is stranger than fiction and Apple may change their game plan, otherwise I will wait till April 2012. However, there are a bevy of new tablet devices set to roll out this year and this has Android based tablets looking promising, so the tablet landscape may shift yet!

Things they may add due to technological advancements and competition: 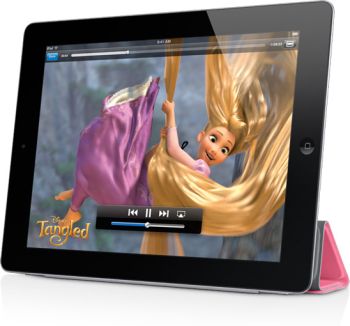 You need to remember that the ipad and other tablets are consumption devices, they are not meant to replace the desktop or laptop – at least not yet. So if you want a tablet for the consumption of media (reading, games, movies, music or communicating) then you’re on the right track, if you’re expecting more from an ipad you might be better off looking for a netbook, laptop or desktop. As they say you can’t compare apples with oranges and it will be some time before they catch up to the power and capabilities of laptops if they even head in that direction purely due to the size and the technology and costs, but I definitely see the future of communication and media with tablets even though some functionality is lost in its method of interaction. I can’t wait till they get lighter, more powerful, more intuitive and ultimately cheaper. Augmented reality is almost at hand (think Terminator 2 – statistics and information fed to you on your tablet of objects and places).

In the meantime I’ve decided to get an ipod touch 32gb which is almost like a baby ipad 3 (it has retina display) and wait till Apple or someone else comes out with a tablet worth buying, I actually wouldn’t mind a tablet between 7 to 9 inches in size and with a few more capabilities to what is currently offered. It’s also interesting to note that Apple don’t list the RAM that their tablets run on, but they are said to be 256mb (ipad 1) and 512mb (ipad 2). Don’t forget the ipad 2 also has the A5 dual core chip which should see things speed up from the original A4 chip.

Ultimately, the way I see the market now is a bit like the wars between Beta and VHS, Plasma and LCD or HD CD and Blu-Ray, someone will likely take the lead and one or the other will fall back and become less viable. In the instances of Beta and HD CD, the loses meant a significant waste of money for those who jumped on to the technology too early, while it won’t be the same for tablets I don’t think the win is clear yet considering the two big contenders Google (Android) and Apple have both recognition and money behind them. So unless you’re super desperate to get your hands on a tablet to do your reading or gaming etc it may be worthwhile to take a step back and wait a little longer. If you really can’t wait then you’ll probably be better off buying yourself an ipad 2 since they have improved enough over the ipad 1 that they would be a better investment (unless you can get that ipad 1 for really cheap) if you’re just wondering whether to upgrade, then sit tight there are better things on the horizon.

As for the question of WiFi only or WiFi + 3g – unless you can get a good price on the data plan, it’s not really worth the 3g. The price of data at the moment in Australia is just too high (note: other countries tend to be cheaper). You’re better off sticking to using the WiFi only model and using an established connection at home or out and about. If you’ve got the spare change to have a data plan then by all means go for it. The other thing to note is that the WiFi only models have better sound quality due to the ability of the speakers to sit where the 3g would be found on the WiFi + 3g model, so something to also consider!

What are you hoping to see or have on a tablet computer and how has having a tablet changed your usage or interaction with media?

Ant and Owl - best friends in Sydney, Australia sharing the best of what’s around. View all posts by antandowl